A Word of Caution

When you think of a website getting hacked, you might picture someone in a hoodie in a high tech bunker (or their mom’s basement), wailing on a keyboard, controlling thousands of remote machines in coordinated attacks, while output that looks like http://hackertyper.com/ scrolls past in a blur.

You probably aren’t thinking: “I added a couple characters onto the end of a URL in my browser, now I’m committing felony unlawful access to a computer system.”

Which is why we’re taking this point in time to point out that SQL Injection attacks are one of those situations where the outcome can be wildly disproportionate to the amount of effort that went into executing it.

Please approach practical aspects of this with the same seriousness as you would the new IT staff member telling you: “It’s just one command, how much damage could it possibly do?”

In particular, if you’re a sysadmin in any moderately sized organization, there are probably a half dozen internal applications that your company depends upon day in and day out which: 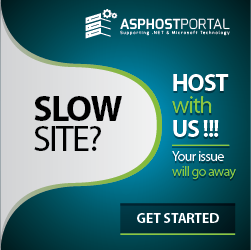 Standardized query language (SQL) is, in one form or another, still the dominant method of inserting, filtering and retrieving information from a database. Loads of SQL queries will be coursing through your web applications on almost every page load – regardless of if it’s a tiny toy website with a tiny SQLite file, or a popular ecommerce site with millions of visits per hour requiring a massive cluster of database servers from Enterprise Database Vendor of choice.

And so, armed with literally nothing but a web browser, some basic SQL knowledge and an internet connection, an attacker can exploit flaws in your web application – extracting user data, discovering or resetting credentials and using it as a launch point for deeper assaults on your network.

We’re going to get to work our way up to SQL injection attacks and the reason they are scarier than a clown who lives in a drainpipe. But in order to understand injection/vulnerabilities, we need to take a step back and review that basic SQL knowledge first, which you may not have needed until this point in your role as a sysadmin.

If you were interviewing a Sysadmin for a job setting up a new Windows Domain Server and some file servers and they said: “You know, I haven’t really worked with files before”, you’d throw their resume in the trash.

If an applicant said they were comfortable with setting up an Exchange server, but later confessed that “I haven’t really sent too many emails.”, you’d throw their resume in the trash and douse it with a strongest acid that HR allows in the workplace.

Unfortunately, it’s still fairly common for sysadmins to be tasked with the setup and administration of SQL Servers with little or no practical knowledge of how to actually craft queries and manipulate the data with raw SQL commands.

It’s completely necessary to have some SQL Basics firmly in mind when we’re discussing SQL Injection attacks: ultimately, it will help identify vulnerabilities your own applications.

If you haven’t written anything with SQL before, it’s easy to fall into the trap of “oh, SQL is that thing for getting data out of a database” and that underestimation of it’s power and complexity directly leads to many of the security issues that occur when you put a web application in front of a SQL database.

It’s not usually regarded this way, but SQL is a full programming language unto itself. Every ridiculous stunt or weirdness that some ill advised programmer has thought of has been done with some version of SQL.

In fact, it’s probably better if you start mentally substituting the word “command” every time you hear “query”. In particular if you’re trying to convince an executive or someone about the potential seriousness of SQL Injection attacks, saying: “This flaw lets attackers execute arbitrary commands on our server.” Sounds much more frightening than something that otherwise sounds like: “They can run reports on our data.”

To illustrate this point, here are a couple of their “weird” things that SQL has been coerced into doing.

SQL Queries that are a web browser: https://github.com/pramsey/pgsql-http

I bring these examples up because of the discrepancy between what the word “query” means in everyday conversation versus what it means in the context of a SQL Injection attack. It’s natural to think of queries like questions: “Hey, can you throw me that ball?”.

One of the really remarkable things about SQL is that the basics of the language haven’t changed much since it was first invented in the early 1970s. While some of the more esoteric commands differ between the major database vendors and open source options, the basics are the same across almost everything.

With that in mind, if you want to follow along with the steps below, here’s an SQLite database of all the data referenced in this article – as well as a link to DB Browser for SQLite – a cross platform, open source query tool to use with the example file.

While SQLite is just about the smallest database you’ll find in everyday use (anything smaller and people just start mapping files to memory), the SQL language itself is extremely similar across systems.

If (in the midst of your other IT duties) you were suddenly tasked with opening up a ‘Ye Olde Cheese Shoppe’ booth at the local farmers market and weren’t allowed to use computers, you’d probably fall back on making lists of what you had on hand, what prices the items were selling for, etc.

In a database, these lists are called tables – and they’re the fundamental building block of how data is structured in a database. At its core, a table is simply a list of information.

I find that it’s sometimes helpful to think of database tables like sheets in a spreadsheet. Each sheet is the list and the columns in that sheet are the attributes of the items in that list.

A spreadsheet representing the data for our store

The same information stored in a database table

We’re going to use the structure of the above products table for the examples below.

What are the basic SQL Commands?

Data doesn’t magically get into a database (unless you took that one elective offered at Hogwarts). You use SQL commands to Create, Read, Update and Delete (CRUD) the information inside of your tables. Most web applications and frameworks revolve around these same principles, building out forms to manipulate the underlying data which is stored in the database.

It’s important to know these commands as SQL Injection attacks are built upon the notion of altering what you would expect to happen and slipping past your defenses.

A note about SQL Syntax
A common convention when writing SQL statements is to make the SQL command words capitalized and to lowercase the words that would change statement to statement (table names, options, etc.)

How to create and update data with SQL?

Data is loaded into a table with the SQL Insert command. Generically it’s structured like:

If we were to add a new product to our products table (which is structured like the spreadsheet above), we’d do the following:

To add an additional product we’d run the insert command again, this time changing the values to reflect the new product:

For example we might be wanting to rename a cheese:

How to read data with SQL?

Data from tables is pulled out with the SELECT command.

Making a SELECT against our products table would look like:

This returns all of the data in the products table.

How to delete data with SQL?

The following deletes everything in the products table

How To Select Data?

Select statements have lots of options and can get really complex, but the most important thing to know about is filtering (adding conditions to get only the rows you really want in a table) – this is where the most common type of SQL injection attack occurs.

It’s extremely unlikely that on every page of the Cheese Shoppes website they need the data for Every Single Cheese, so you filter the data with a WHERE clause.

Any kind of comparison can be done in the WHERE clause, which is what makes it really powerful.

Adapting the query to our table we’d could write something like:

Why is string concatenation the root of all evil?

Programmers refer to a sequence of non numeric characters as a “string”. Nobody knows exactly why this is the case, but it’s a fun topic to argue about on Stack Overflow:

What is known is that string concatenation (the fancy programmers word for smashing smaller strings together into one larger string) is a quick and easy way to build SQL statements.

Maybe you’re a new programmer. You’ve been slamming Red Bulls and watching The Social Network on loop and you’re ready to write the ever loving bits out of The Next Great Ye Olde Cheese Shoppe website.

You have the web app setup with just two template pages:

That ID value of ‘1’ gets passed into the web app and a SQL query is built by putting together the portion of the command you know you need to run along with the id value that will change on every page url.

After this, the sql_string variable will be:

The sql_string value then gets passed into the database library gets the cheese in question and returns it so the web page can be displayed. (This is the web application equivalent of you copying and pasting the full SQL query above into your SQL Client and running it against the database)

Now, you may be looking at this and saying to yourself: “This doesn’t look particularly evil.” Which is where you’re wrong and everything goes pear-shaped: it’s evil because it’s too easy and doing string concatenation of SQL statements is the fastest road to having your site and application owned.

String concatenation doesn’t care what you pass into it. It doesn’t know what an “id” is supposed to look like, so when a malicious trickster changes the “id” value in the URL from a 1 to:

The same web application code will be executed as before:

Except this time the sql_string will have a value of:

That’s a 100% valid SQL statement. The subquery that was swapped in place of the id of 1 will execute first and will let anyone order as much Bravino as they want for a dime.

While web frameworks are typically thought of to be productivity enhancers, most incorporate best security practices for their programming language. Security (and in particular web security) is a complex topic and it’s exceedingly difficult to cover all the angles that you’d need to on your own.

Second, they provide a syntax for declaring what a SQL statement is supposed to look like before actually trying to execute it. Depending on what framework you’re using, the name may vary, but the intent is the same: make sure that the form of the SQL statement that you want to execute is correct prior to running it.

With Rails, this is the difference between:

The second (and correct) form listed above will automatically sanitize the id value passed in from the URL and build the correct and safe SQL Query. This same pattern is present in virtually every web framework: